The Pup And Duckling
Solihull, B92 9AG

The Pup And Duckling
Solihull, B92 9AG 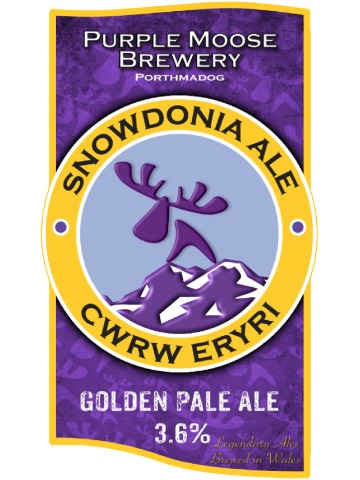 A delightfully refreshing pale ale brewed with pale and crystal malts combined with a delicate combination of Pioneer, Styrian Goldings and Lubelski hops. First brewed for the Welsh Highland Railway's Rail Ale Festival in May 2006 with a slightly different recipe. Now available all year. 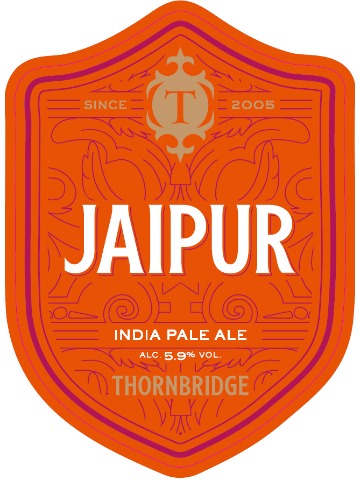 A citrus dominated India Pale Ale, its immediate impression is soft and smooth yet builds to a crescendo of massive hoppiness accentuated by honey. An enduring, bitter finish. 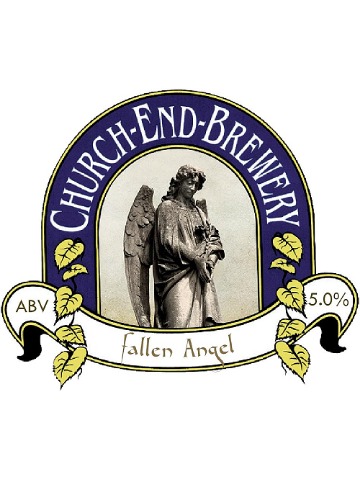 A sharp, full flavoured pale bitter. Bucket fulls of American hops, give it that lemony edge. 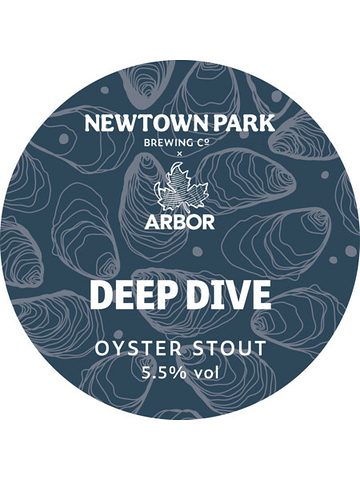 Newtown Park (No Longer In Business)

Brewed with our friends from Arbor weâve based this beer on their legendary Oyster Stout. Liam (The Oyster Bar) shucked three dozen fresh oysters on brew day which were added, shells ânâ all, to the boil to impart salinity and minerality to the beer.Pouring a deep dark brown with a robust tan head, the roasted barley provides a nutty, earthy character which is balanced by the salinity of the oysters.It has a smooth creamy mouthfeel with a slight bitterness and umami finish. 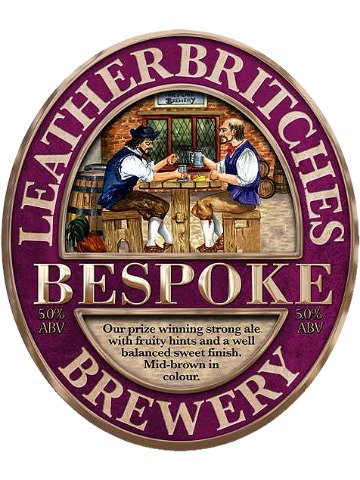 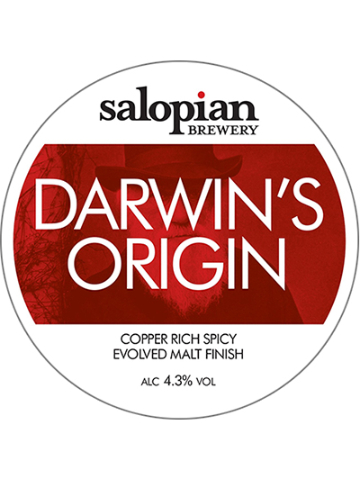 A copper coloured Bitter given an international twist with an eclectic mix of new and old world hops that give the beer its distinctive lemony aroma and dry finish. Hops: Mosaic and Centennial. 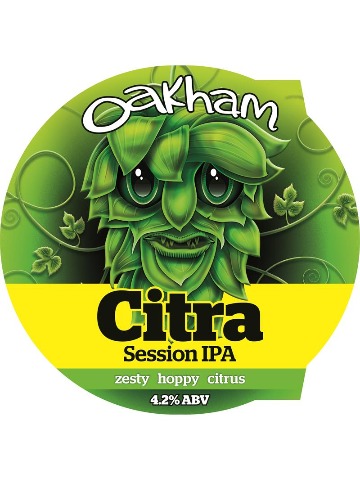 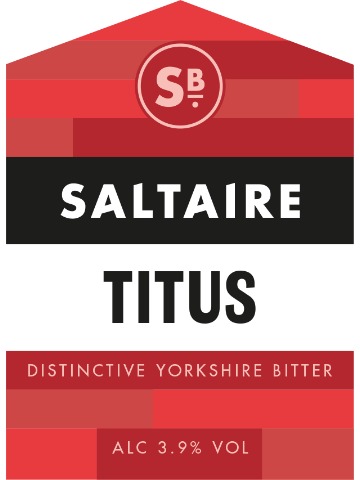 Traditional bitterness meets a twist of citrus in this clean, contemporary take on a classic. 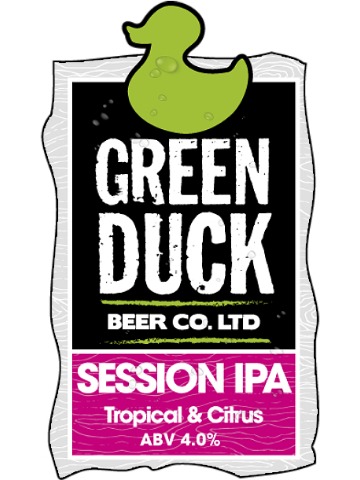 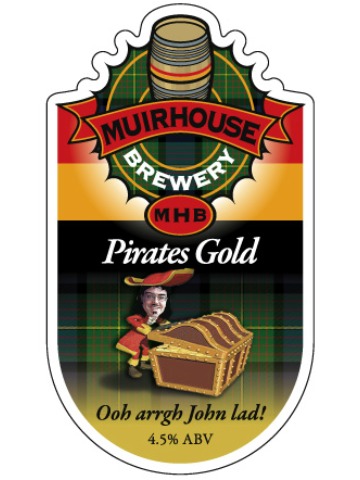 Golden colored sweet beer with a bitter finish from the Admiral hops. 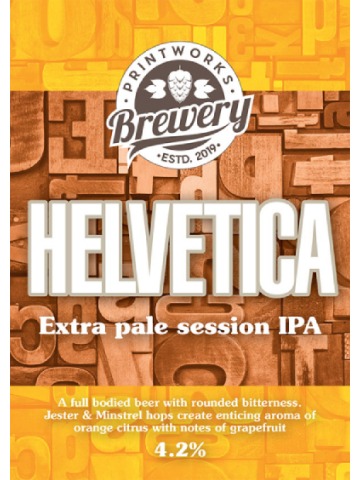 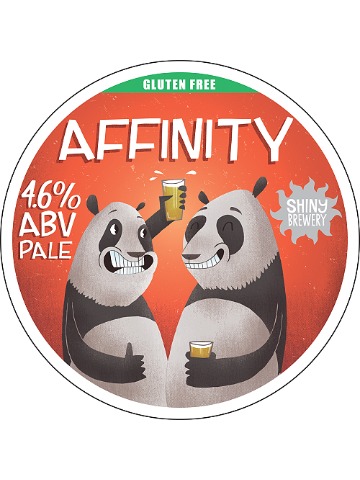 Strong golden bitter with lots and lots of fruity Citra hops (which we have a strong affinity for!). 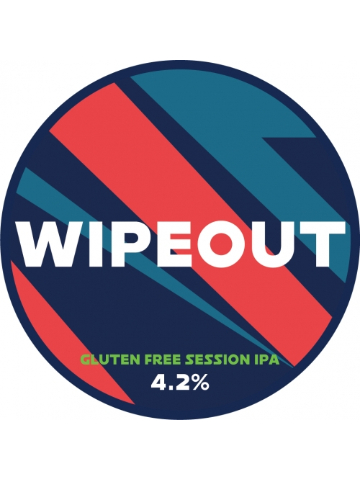 The perfect session IPA for everyone. Citra, Mosaic and Simcoe hops set waves of juicy, tropical flavours across your taste buds. Gluten free and vegan friendly. 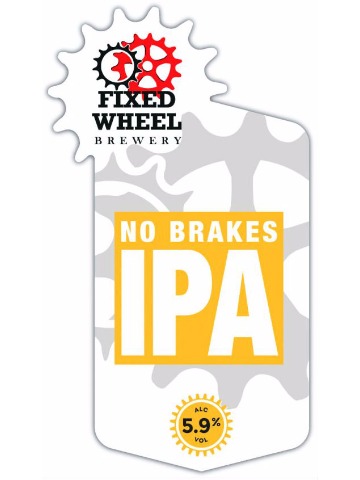 Inspired by the fixed wheel couriers of the west coast, this American inspired IPA has no brakes and is packed full of classic American hops delivering upfront fruity citrus flavours, English malts add some balance to the hops with a touch of sweetness. 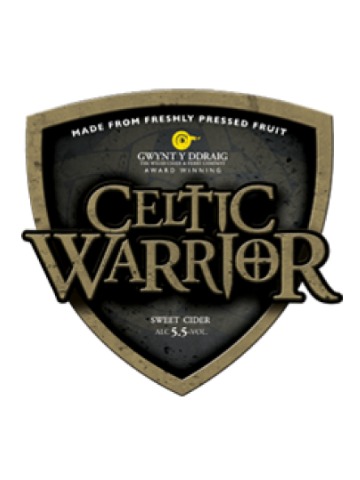 Produced from a blend of our more mature ciders, usually from the past two years. The result is a cider with a full depth of colour, a matured flavour with a smooth, balanced finish. 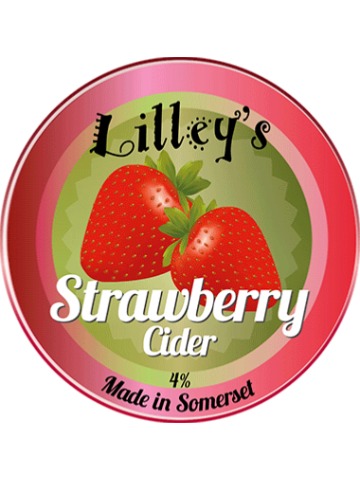 Easy drinking still strawberry cider made with a blend of apple cider and strawberry juice.

Made with a blend of bittersweet cider apples this is a very traditional unfiltered cider. Perfect for those that like a dry Somerset cider. Full-bodied and full of character. 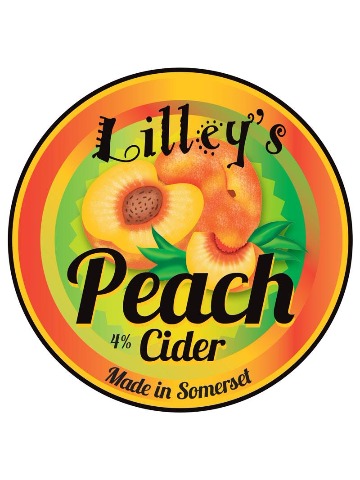 Like biting into a juicy ripe peach, sweet and full of flavour. We have blended our Somerset cider with peach juice to create this incredibly scrumptious peach cider. 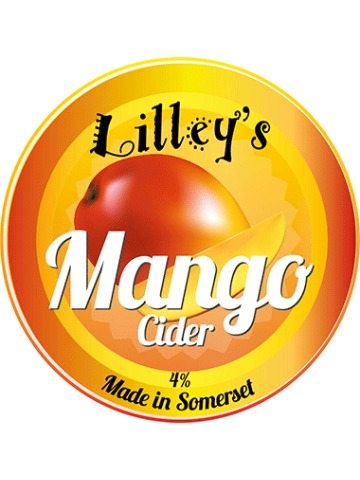 Smooth and sophisticated mango cider made with an ample portion of mango juice and Somerset cider. 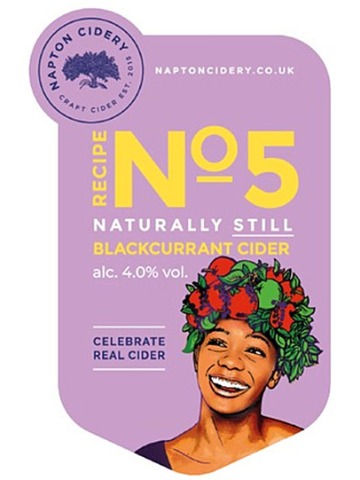 This truly special cider is clear and rich in colour. A bold blackcurrant body with a delicate sweetness. We're here to celebrate real cider from traditional British orchards. Crafted from natural and slow fermentation with wild yeasts, each recipe is brimming with unsprayed British apples. 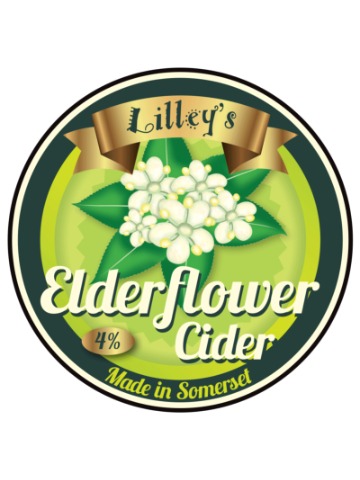 Crisp Somerset cider infused with heavenly Elderflower which creates this refreshing an luxurious clean delicate cider. Floral hints above the apple notes give a unique taste. 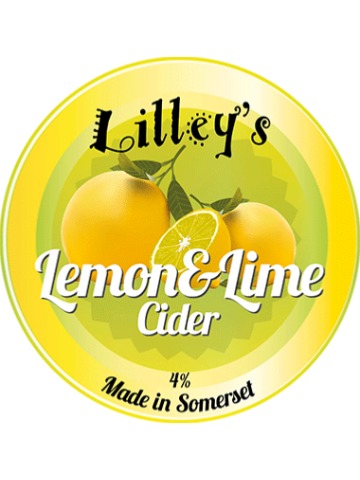 Lilley's Lemon and Lime cider is a refreshing blend of tangy citrus fruits and crisp Somerset cider to awaken your taste buds, a real taste of summer. 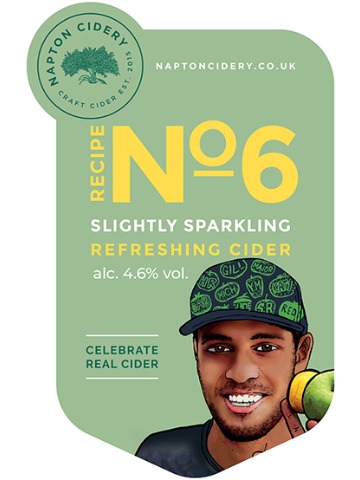 This delicious medium cider has been created naturally from a wild fermentation and filtered into clean crisp blend. A lovely light golden colour with fruity aromas, easy drinking, delicate and refreshing. A true crowd pleaser and overall a delicious session cider. 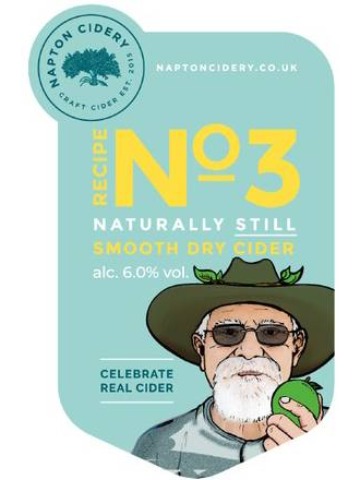 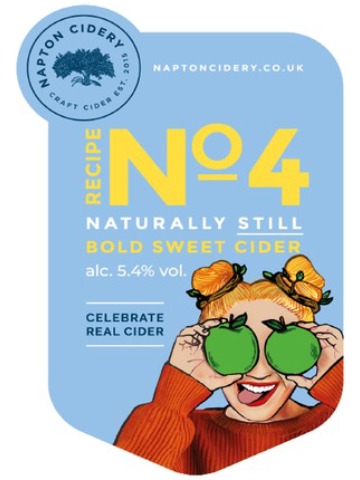 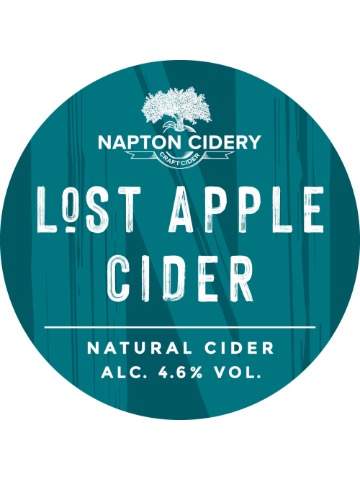 Our newest addition to the Cidery, is definitely the drink of the summer. A divine naturally cloudy cider named in honour of our origins. Medium, crisp and deliciously refreshing, we think you're gonna love this one. 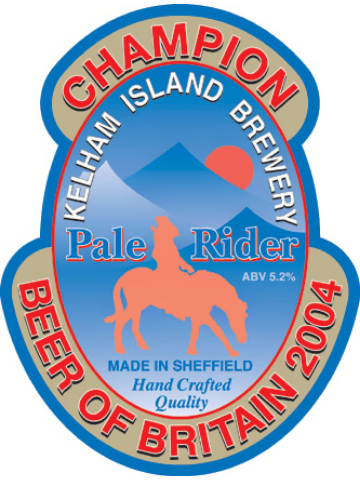 A pale ale forged from the finest Maris Otter malt and a special blend of American hops. The nose is of fresh citrus and berry fruits with a smooth juicy malt character and deceptively moreish finish that belies its strength. 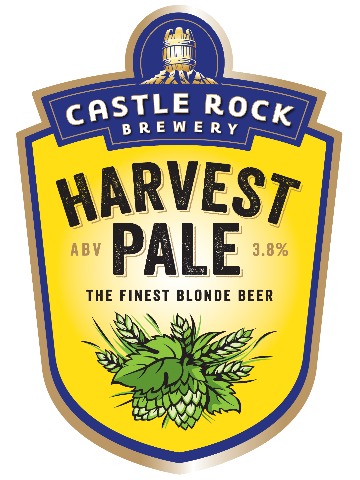 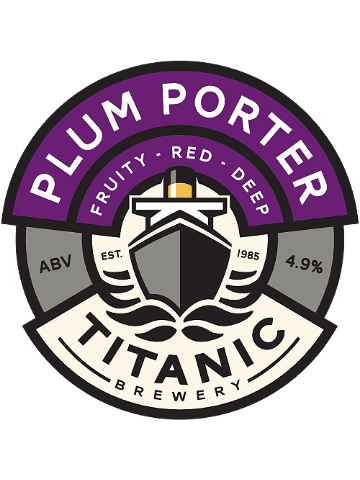 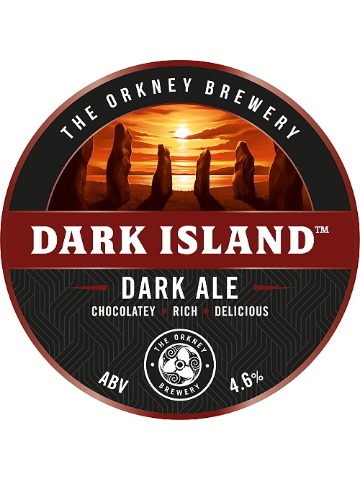 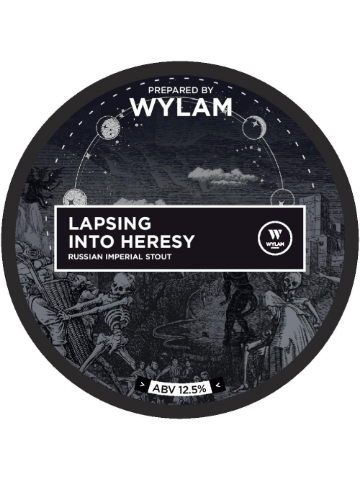 Brewed with New Zealand Hops. An enticing aroma and copious amounts of bright citrus flavour, this IPA is sunshine in a glass!

A golden bitter with floral, citric hop aroma. It has a predominantly hoppy flavour which is slightly sweet and fruity.

Imperial Stout brewed with ancho chili peppers, cacao nibs, vanilla beans, and cinnamon sticks. Pouring deep brown with a thick head, this beer has a complex body with a delicious lingering roastiness. Abraxas is brewed with unique ingredients intended to challenge and excite the palate.

The first Impy Stout from this wonderful family-run farmhouse brewery

A rich, smooth Imperial Porter infused with Guatemalan coffee beans and cacao. Rich notes of bourbon, dark chocolate and forest fruits on the palate and nose.

An Imperial Porter matured on cacao nibs and chilli. Subtly warming heat from the chilli is balanced with the soft chocolate notes from the cacao.

Cushioned and lustrous on the chops with a Tzan-Tzas of hop unity to boot. CENTENNIAL, CITRA and MOSAIC spearhead the cull distributing fresh cuts of ripe Seville orange, mashed up mango and tangy pink grapefruit squeeze.

Pale Ale brewed with a copious amount of Simcoe, Citra and Mosaic hops in both the whirlpool and dry hop dancing across a delicious soft malt base.

One of our first award winning DIPAs has had a reboot! A new malt bill provides a thicker, hazier base, perfectly creamy and thick. More hops than its had before heightens the freshly squeezed tropical and citrus flavours along with the lingering hop bitterness.

Barrier Brewing (USA) If You Know You Know 7.4%

NEIPA In cohesion with the mad men from Verdant Brewing Co in the UK! With back breaking amounts of hops (literally) this juice monster is a flavor explosion! Candy melon and dank sticky icky from start to finish... with still such a magically smooth and delicate finish. A true beauty!

Triple NEIPA brewed out of wedlock with our favorite european troublemakers Whiplash, Garage & naparbier. Covid-19 ruined the party we would have had in Dublin this July so we figured a virtual hang and collab beer would do... for now! All four breweries took a base recipe and added their own additi

Brewed with Citra and Nelson. Musical Chair is rich with tropical and citrus notes with a dank finish.

MC is Photons big brother. We literally took Photons hopping rate and squared it. This DIPA is our tribute to the amazing relationship that energy and mass are balanced, proportional to the speed of a photon squared. It pours a hazy tangerine color, releasing bright tropical notes of mango, pineappl

Imperial stout with coconut, vanilla beans, milk sugar and oat milk. Who said three's a crowd? This triple collaboration was born on a live stream in April of 2020, with our friends from Mikerphone Brewing and Moksa Brewing. A seemingly mutual adoration for coconut cream pie was recognized, and t

Perennial Artisan Ales (USA) Then You Roast the Mallow 11.5%

Then you Roast the Mallow is an imperial stout brewed with a touch of lactose in the kettle and boiled for multiple hours. Post fermentation we steeped the finished beer on graham crackers, marshmallow and cocoa nibs which lend to the overall sweetness, but impart flavors of baker's chocolate and ro

This super-tasty Triple Oatmeal Russian Imperial Stout is rich, dark and flavorful the way we like it this beer is intense! Reaching a whole new level of taste, a wonderful complexity and depth is imparted from aging in select Bourbon barrels. Rich flavors and aromas of oak, vanilla & whiskey abou

For this special edition of our signature imperial stout with coffee we decided to offer up some comfort for the cooler fall and winter months. A generous amount of Madagascar vanilla beans along with just the right amount of Ceylon Alba cinnamon provides this beer a delicate milky sweetness, notes

Our iconic signature Imperial Stout is taken to the next level with this indulgent version. With a decadent combination of Dominican cacao nibs, cocoa powder, Madagascar vanilla beans, and artfully roasted coffee from our friends at Ryan Bros., this beer is the ultimate double fudge treat.

Loch Lomond Brewery (Scotland) All The Time in the World 14.0%

The Pup And Duckling is in the Solihull & District CAMRA branch area.