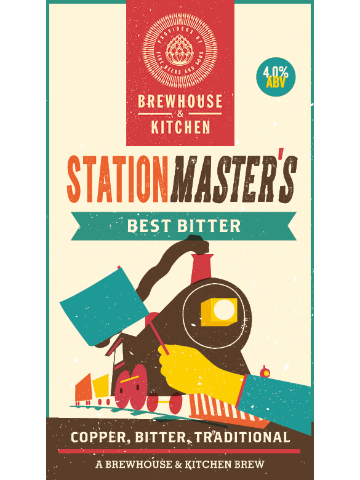 An apt name for our very own house bitter. Brewed from a recipe which has been refined over the years, probably since this very site became the stationmaster's house, the final destination of the 'Southampton to Dorchester' railway line, later named Castleman's Corkscrew. Opened in 1844, 'Castleman's Corkscrew' was a feat of engineering mastery, connecting all the important towns of the region by a meandering railway route which ended here in Dorchester. Enjoy a pint of this golden ale brewed by our head brewer.

The big one, a suitable name for our IPA. We are not saying that drinking our IPA will develop parts of your anatomy to extraordinary proportions ... we just felt the strength and imposing nature of this local hill figure/sculpture lent itself well to the name for our big IPA. However drinkers beware, as we have had many reports of increased fertility after a few pints of the stuff. 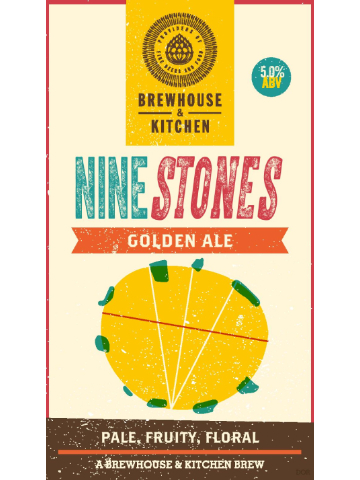 Mysterious and symbolic are descriptions used when talking about the nine stones that form the unique bronze-age elliptical stone circle, a stone's throw from here ... or is it 9? Beneath the canopy of trees in dappled shade you can immerse yourself in the magic of this place, or if you can't be bothered leaving this pub, experience the same magical tranquility after a pint of our light, golden aromatic pale ale. 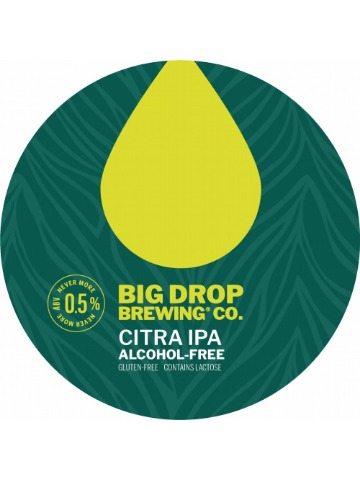 This IPA radiates citrus fruit from the moment you pour it to the second you finish that last sip with a satisfied sigh. The bright, sharp twist of bitterness on the end makes you want to dive back in for one more. 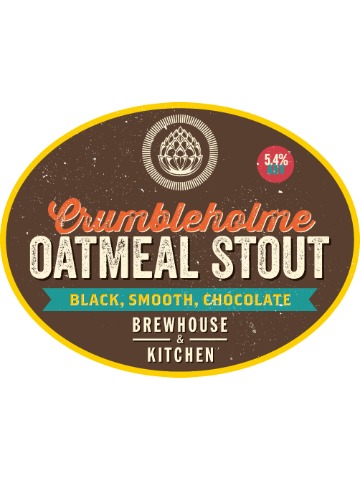 In memory of the Crumbleholmes that would have appeared home at tea time with black faces straight from the coalfields, we have named our 'black stout'in their honour. 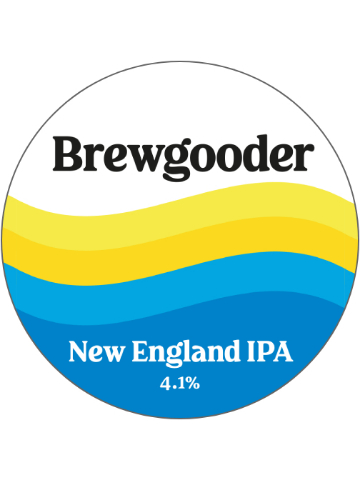 Hazy, juicy, and loaded with fruity goodness. This beer packs that signature flavour punch that we all love in a New England IPA, but at a sessionable 4.1% ABV. Hopped with Citra and Mosaic for notes of pineapple, citrus, and berry, complemented by a full malt body and low bitterness. Thick and crushable!

Our keg version of 'The big one', a suitable name for our IPA. We are not saying that drinking our IPA will develop parts of your anatomy to extraordinary proportions ... we just felt the strength and imposing nature of this local hill figure/sculpture lent itself well to the name for our big IPA. However drinkers beware, as we have had many reports of increased fertility after a few pints of the stuff. 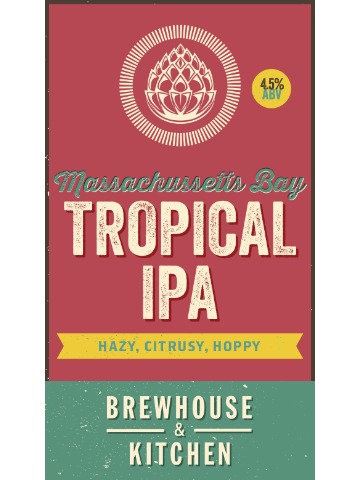 Hazy, citrusy, hoppy tropical IPA. Named after one of the original English settlements on the east coast of North America in the 17th Century, near Boston. The Massachussetts Colony is said to have been established by the Puritan minister John White (1575 - 1648) of Dorchester. His influence in establishing this settlement is widely recorded but the remarkable fact is that he managed to do this, without emigrating himself! 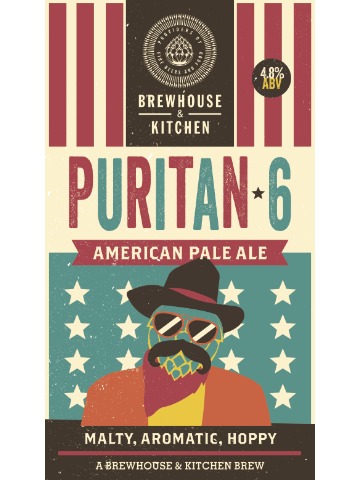 Malty, aromatic, hoppy American Pale Ale. Enjoy a pint of this simple Pale Ale with truck loads of piney, grapefruity American hops and raise a refreshing glass to our American cousins - you could almost believe you were in a brewpub in Dorchester, Boston USA! 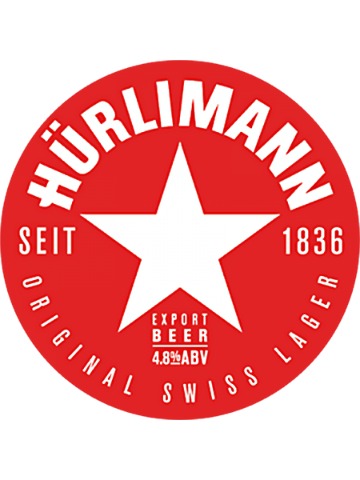 Hurlimann is brewed to its original recipe, keeping faith with the lager's Continental heritage. The Swiss-style lager delivers a clear, tingling lager with a hint of orange and a complex hop character. Only the finest Swiss yeast and Challenger hops are used to brew a full-bodied lager, which has won a Bronze Medal in the Brewing Industry International Awards. 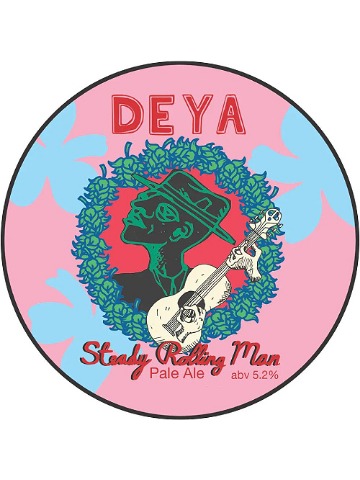 Inspired by the ridiculously tasty hoppy beers we fell for, we got brewing our own versions, over and over again, while listening to the blues greats. The heady concoction of old time blues records and juicy American hops transfixed us from the start and the rolling man was born in these sessions! Incredibly soft and delicate with intense tropical fruit hop aromatics and saturation, this is our vision of the perfect pale ale. 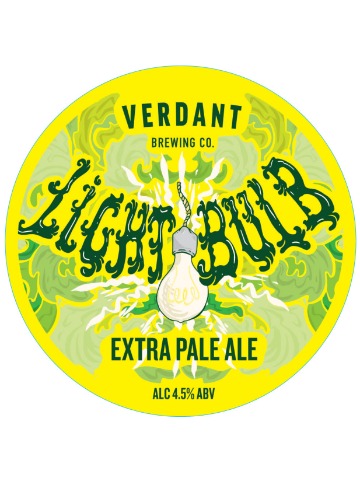 As pale as a 100W light bulb but as juicy as an IPA. Sessionable, quenching and totally addictive. Biscuity malt base with a hint of sweetness all drenched in fruity/dank hops. 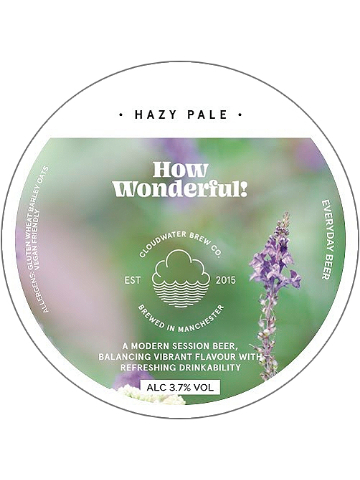 This regularly brewed modern Pale Ale captures everything we love about the style. It channels the easy drinkability of those classic session beers we find ourselves returning to time and again, while treating you to bright, vibrant aromatics from a blend of our favourite hops. Full-flavoured, yet soft, juicy and refreshing. Hops used are Citra, NZ Cascade, Motueka and Mosaic. 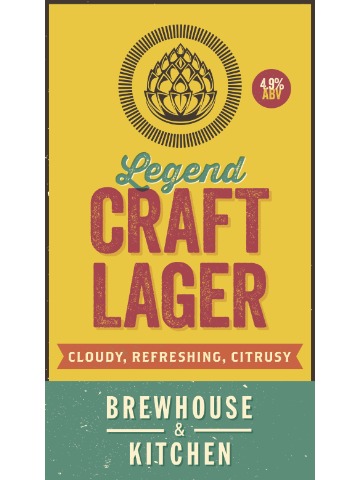 Refreshing, aromatic, citrusy Craft Lager. It is said that the use of Cascade hops is how legendary brews are made and with the amount of finest English-grown Cascade hops in every boil, this lager is sure to be legendary. 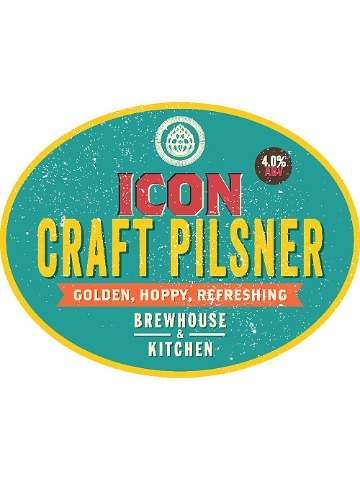 With its great hop character, balanced by caramel and biscuit malts and bittersweet finish, this Pilsner, created with all British ingredients, is the perfect interpretation of the iconic golden brew. 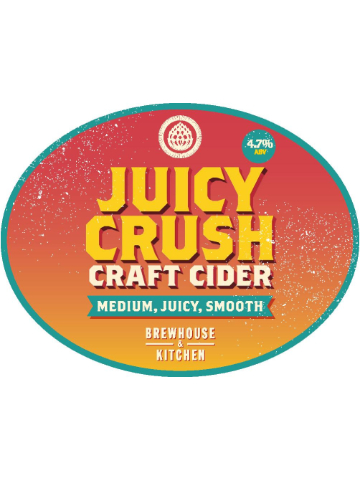 We've blended our classic medium dry cider with a selection of mixed red berries. Strawberry, raspberry and blueberry fuse in juicy layers. Smooth bodied with a textured palate and a natural delicate sweetness. 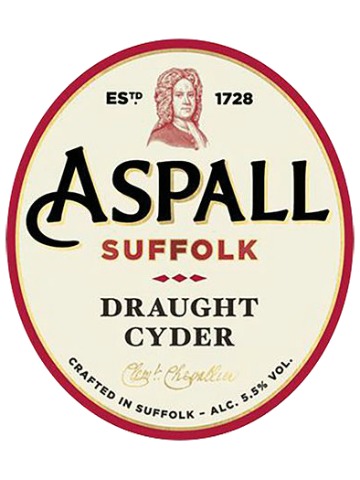 A crisp, medium dry cyder with a delicate aroma and taste of fresh pressed apples. 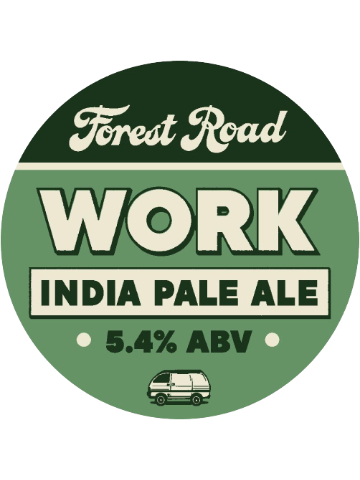 The brew that launched the company, and with good reason. Like all our beers, WORK draws people in with a delicious and addictive flavour profile that begs to be quaffed. It bridges the gap between traditional British Ales and modern craft with rich malt flavour that marries perfectly with a resinous, piney aroma with overtones of orange blossom. The result is lip smackingly moreish- one to watch at 5.4%! Hops: Columbus, Centennial, Cascade and Chinook.

Brewhouse And Kitchen is in the West Dorset CAMRA branch area.